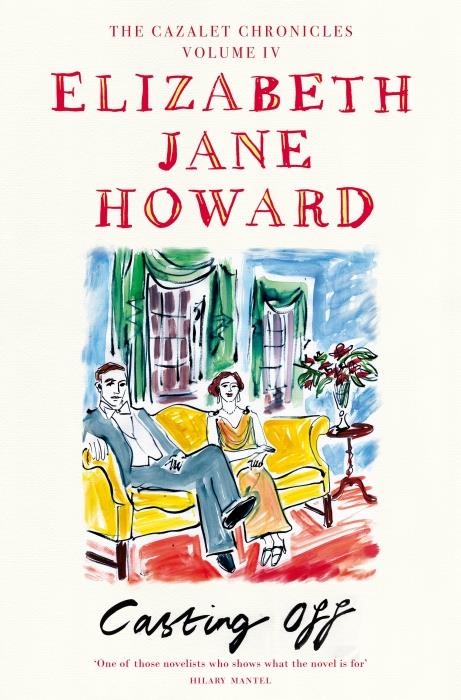 The Second World War has finally ended and so begins a new era of freedom and opportunity for the Cazalet family. Elizabeth Jane Howard''s magnificent Cazalet Chronicles continues with Casting Off, the fourth novel in the saga. The Cazalet cousins are now in their twenties, trying to piece together their lives in the aftermath of the war. Louise is faced with her father''s new mistress and her mother''s grief at his betrayal, while suffering in a loveless marriage of her own. Clary is struggling to understand why her beloved father chose to stay in France long after it was safe to return to Britain, and both she and Polly are madly in love with much older men. Polly, Clary and Louise must face the truth about the adult world, while their fathers - Rupert, Hugh and Edward - must make choices that will decide their own, and the family''s, future. With cover artwork exclusively designed by artist Luke Edward Hall, this is the heartbreaking and heartwarming fourth instalment of Elizabeth Jane Howard''s bestselling series. It is followed by All Change , the fifth and final book in the series. ''Charming, poignant and quite irresistible . . . to be cherished and shared'' - The Times