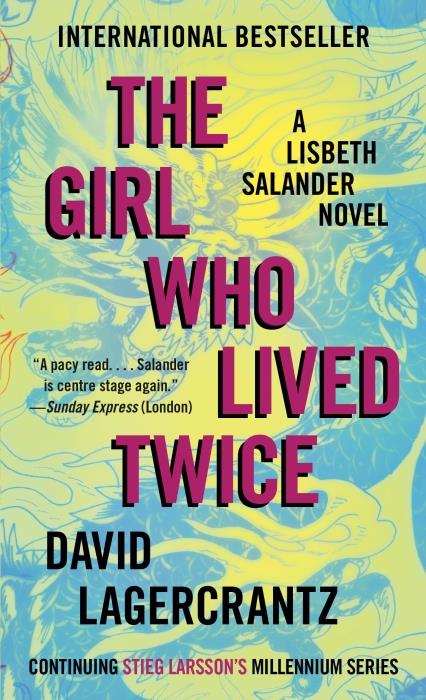 THE GIRL WHO LIVED TWICE

The sixth Lisbeth Salander story in the Millennium Series--the crime-fiction phenomenon that has sold more than 90 million copies worldwide. Lisbeth Salander--the fierce, unstoppable girl with the dragon tattoo--has disappeared. She's sold her apartment in Stockholm. She's gone silent electronically. She's told no one where she is. Mikael Blomkvist is trying to reach Lisbeth. He needs her help unraveling the identity of a man who died with Blomkvist's phone number in his pocket--a man who does not exist in any official records and whose garbled last words hinted at knowledge that would be dangerous to people in the highest echelons of government and industry. Once again, Salander and Blomkvist will come to each other's aid, moving in tandem toward the truths they each seek. In the end, it will be Blomkvist--in a moment of unimaginable self-sacrifice--who will make it possible for Lisbeth to face the most important battle of her life, against her twin sister Camilla, and, finally, to put her past to rest.