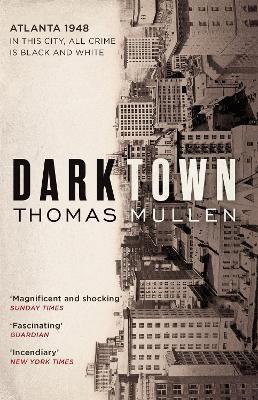 'A brilliant blending of crime, mystery, and American history. Terrific entertainment' Stephen King Darktown is a relentlessly gripping, highly intelligent crime novel set in Atlanta in 1948, following the city's first black police force investigating a brutal murder against all the odds. 'Magnificent and shocking' Sunday Times Atlanta, 1948. In this city, all crime is black and white. On one side of the tracks are the rich, white neighbourhoods; on the other, Darktown, the African-American area guarded by the city's first black police force of only eight men. These cops are kept near-powerless by the authorities: they can't arrest white suspects; they can't drive a squad car; they must operate out of a dingy basement. When a poor black woman is killed in Darktown having been last seen in a car with a rich white man, no one seems to care except for Boggs and Smith, two black cops from vastly different backgrounds. Pressured from all sides, they will risk their jobs, the trust of their community and even their own lives to investigate her death. Their efforts bring them up against a brutal old-school cop, Dunlow, who has long run Darktown as his own turf - but Dunlow's idealistic young partner, Rakestraw, is a young progressive who may be willing to make allies across colour lines . . . Soon to be a major TV series from Jamie Foxx and Sony Pictures Television.